Paul, in 2 Corinthians 5:10 says, “For we must all appear before the judgment seat of Christ, that each one may be recompensed for his deeds in the body, according to what he has done, whether good or bad.”  The key word we are looking for here is “recompensed.”  It means to be rewarded for. It is God’s praise to us for our good works. It is the way He will bless us for eternity.

A word used to describe our blessed reward is “crown.” In one respect, we may see this word as a reference to rulership. For because we will receive crowns, He will make us rulers alongside of Him in His kingdom.

In another respect we may see our crowns, generally, as our eternal life; and yet each crown given may represent certain characteristics of our eternal life. The following are five different examples…

Hi-C actually started in Junior High, as I have already written about. But it continued into high school. I am so thankful to God for this group, because it kept me excited about my Christian life. And one of the verses that I remember using during that time was John 10:10, “The thief cometh not, but for to steal, and to kill, and to destroy: I am come that they might have life, and have it more abundantly.” Yes, I think Hi-C for a me was all about living the abundant life in the midst of so much pain and turmoil at home, and also in the classroom—I just wasn’t a very good student.

I think God was using Hi-C, along with sports, to get me through life at that time; otherwise I think I would have been very depressed. The first thing I remember about the club was our trip to Arrowhead Springs, Colorado (pictured). I don’t remember a lot, just that it was a great motivator and I felt so much joy being around other believers. It was like experiencing a small bit of heaven.

Similarly, I remember our city-wide rallies. Hi-C wasn’t just in my high school. It was in several high schools in Minneapolis. Jerry Kaufman was a God-send for the rallies—a great motivator. Anyway, we would have city-wide rallies about once a month, and Jerry Kaufman, with his accordion, would lead them. It was mainly a time of singing Christian songs; and we also usually had a special speaker that would give a gospel presentation. Oh, we also had plenty of time to play games and be rowdy. And now that I think of it, there were also city-wide hay rides and other events.

I think I actually made more friends from other schools, through the city-wide events, then from my school at West High. And I went to great lengths to keep those relationships going. I remember having to ride the bus for very long distances, using two or three transfers to get to places. And it was worth it. I often visited my friend Gary Westlund. He became sort of a mentor to me. I remember when we would team up and go witnessing at Lake Calhoun beach. It was always me and Gary.

The Hi-C Club at West was a much smaller group. I was elected President, and we also had two secretaries and a treasurer—so I guess we were fairly organized. Anyway, we had weekly meetings where we would usually invite a speaker. I remember that one of our regular speakers was Mr. Baxter, who was a teacher and a coach at West. Everyone liked him.

Our intention in the group was not just to have fun. We set out to invite as many as we could from school to group meeting so that they would eventually find Christ.  I’m not sure how many that was, but there were a few. I sometimes wonder where they all are right now. I know that many have been greatly influenced by Hi-C just as I have been. I don’t have many pictures, but I do have several writings in my year books that have mentioned Hi-C, and they usually signed off with “In Christ,” or even “Love in Christ.” Those were the days. I pray that they are still going on for the Lord as I am.

As I sped down the hill on my new black Schwinn bicycle, a new assurance gave me an overwhelming joy. I was saved and I had a place reserved for me in heaven. This new assurance had come to me a few months prior, at a church camp, when my camp counselor explained to me from the bible how I could be saved. And then I knelt down beside him in his cabin, and prayed that Jesus would come into my life and take control of my life. Instantly, after my prayer, I received a new peace, that after I die, I would go straight to heaven. From that point on my life was changed, not because of anything external or because of changed circumstances, but because I had a changed heart due to a new life inside of me. I had Jesus in me and He had given me a new peace, a new assurance, and a new attitude about life. I felt new and clean inside. In reality, at age twelve, I really did have a new life!

We had recently moved from our Montevideo farm to a house in the city of Montevideo. I don’t remember anything about the move, or about the house we moved into, but I do have a few memories—besides my salvation experience at camp.

One of my clear memories was when I was on the wresting team in 7th grade. I always thought I was a good wrestler, since I always beat my brother. But I found out different. Either I was really bad, or the guys I wrestled were really good—probably a little of both. Anyway, I had a rude awakening.

Another clear memory was of the city swimming pool, which was only a few blocks from our house. It only cost 10 cents, and for that one dime you could swim there all day if you wanted. And some days I did just that. It was so much fun. There were two slides and also two diving boards—a lower one and a high one. The high dive was scary, but I did try it a couple times.  It was in that pool that I learned how to swim. Mom insisted that we take swimming lessons, and we all did.

One other good memory of that place in Montevideo, was playing baseball with all the neighbor kids in a nearby park. I remember how easy it was to get a game together. We just walked, or ran, down the streets and yelled out something like, “Who wants to play baseball?” We seemed to always get enough kids to play. We played for hours at a time. And now that I think of it, we also played football. That was a little rougher, but I loved it. Those were the days!

The sermon today at my church had to do with witnessing to our neighbors—or anyone we would have a chance to talk to. It was good for me, because, over the years I have become sort of lax in this area. I don’t know why. I was thinking that maybe it is because I just haven’t taken the time with people to get in a lot of deep, personal conversations. Or maybe I have become too Christianized, or too proud—if you know what I mean. Anyway, I what to give you a few questions (taken directly from the sermon notes) that every Christian can ask his friends in order to stimulate a spiritual conversation. 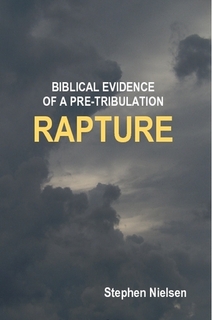 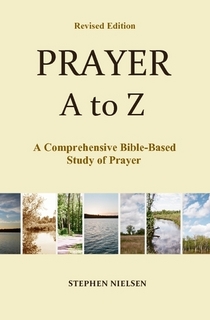